Blog
You are here: Home1 / Blog2 / Voice of the Burning Ones3 / Tammie Southerland Prophetic Writings4 / Permission to Burn5 / Birthing the Bride

“In the same way that the Bridegroom, Jesus, was born from the womb of a woman, so will it be with the awakening of His love-sick bride in these last days. The first birth was the physical birth of Jesus into the world, but the second is a spiritual emergence of the global bridal identity.”

In 2015 in an encounter with the Lord he spoke to me the statement above. His words caused a deep groan to be released from deep within my soul!
In light of the McAuthur whirlwind I couldn’t be more thankful to begin seeing how much fruit is coming from his attacks on the daughters of God! The Lord never waists a drop of our suffering!

I hear a sound coming from the depths of the souls of this company of people. They are beautifully adorned with the glory of the Father. They are His daughters and His sons—those who identify as His bride—His radiant ones. They were born to blow the trumpet and birth a movement. I prophesy to you today that these voices have been silenced for far too long. They have been choked out by religious and political fear and the twisting of the Scriptures, which makes this moment all the sweeter.

Freedom and reconciliation are the ministry of Jesus. The Bride is made up of every race and nationality—male and female, young and old. He loves to use what the world deems foolish to surprise those who think themselves the wisest in the political, religious, and worldly systems. Like Mary, the mother of Jesus, who “treasured all these things, pondering them in her heart” (Luke 2:19) after the angel visited her, these silenced voices have also pondered the unseen and unheard in their hearts, as they encounter heaven in prayer. They are no longer concerned with being validated by the religious systems. They have found validation in the Father. They have fallen in love with One whose throne is far above any earthly system.

I feel God saying to these,

It was not a vain desire, to want to speak what you have seen and heard. It was not yet time to blow the trumpet. I was forming a movement in your spiritual wombs—a bridal revelation is soon to be birthed. I have been developing a countercultural purity in your messages. The next move of reconciliation with be between male and female in my body. Men who will bless female voices are stepping out of the shadows. They will be like Mordecais to my Esthers. Then the bridal movement will begin.

The time is now. 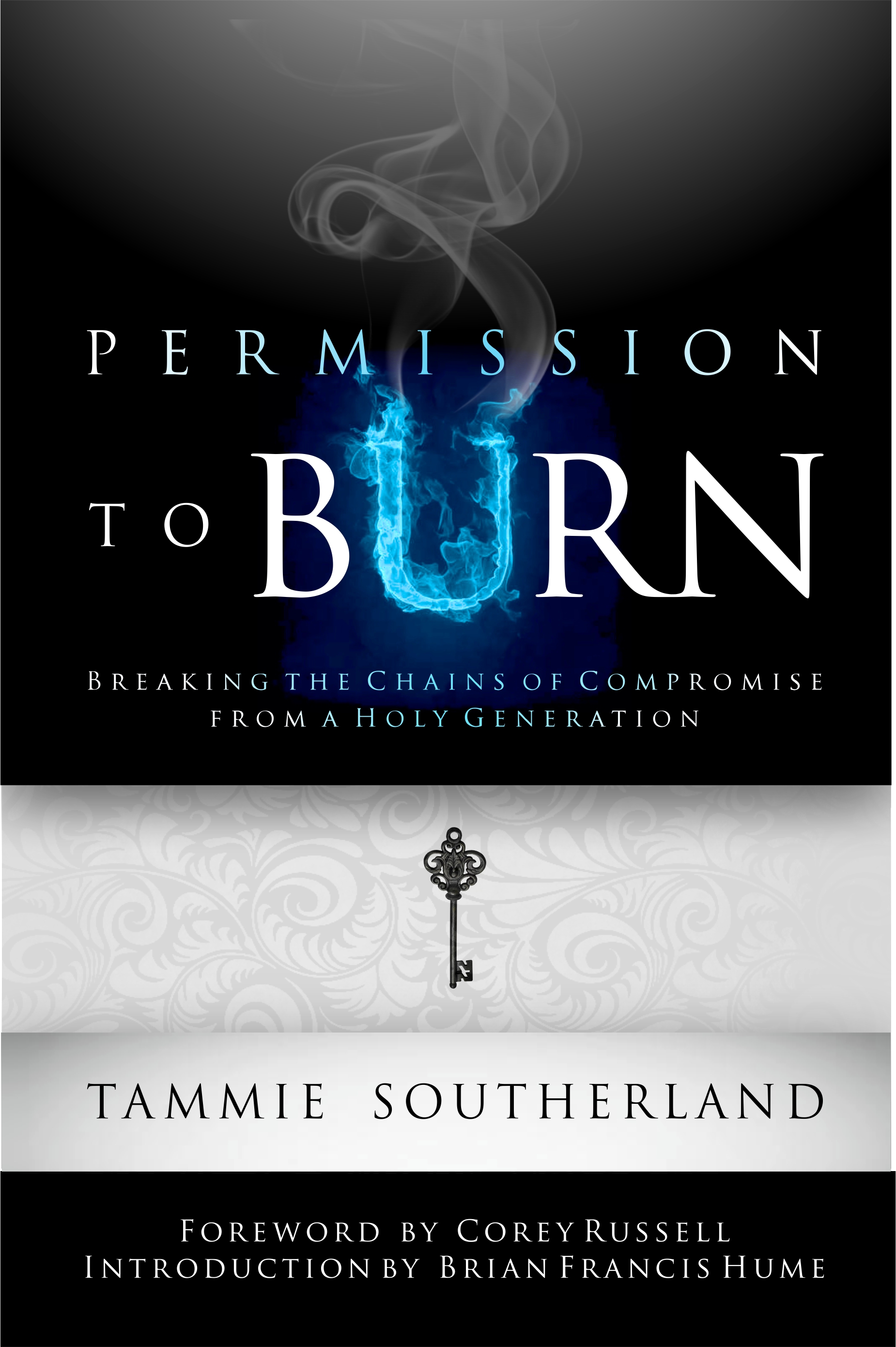 “If you want to burn with passion and hunger for Jesus, then let this book fan the flames of your heart.” – Matthew Lilley National Director for Burn 24/7

Reconciliation and Revelation through Sons and Daughters

The growing longing for the Bridegroom has caused many to weep and wail in dark corners and caves. They cry out for the dreams He has wrought in them to be born, yet we must see that He has hidden them as jewels for true reconciliation to be realized in its time, so the promise might come to birth. He is wielding an unspeakable gift in His bride’s innermost being—dreams conceived in His daughters, only to be overlooked or deemed illegitimate in the name of religion. In the face of this, many women have left Christianity to go after the counterfeit feminist movement. As the tide begins to turn, women will find their true freedom and identity in Christ.

In this hour, God has placed a trumpet to the mouths of the women who were willing to draw close to His heart, just as He did for Mary and Elizabeth—He protected them even during times of religious shaming as they prepared to birth the long-awaited promises of the forerunner and Deliverer. He even silenced Zachariah for a season so that not one word that was not of the Lord would be spoken over Elizabeth’s baby John. Like Elizabeth and Mary, many women have not rebelled against God in their pain but instead held tightly to the horns of the altar.

God has given these daughters secret heavenly revelation and wisdom; soon they will be released to shout it from rooftops (see Luke 12:3). Once the great company of daughters begins to speak, people—even those who think themselves wise—will recognize that these messages transcend human wisdom. “The Lord gives the command; the women who proclaim the good tidings are a great host” (Psalm 68:11). Restoration and reconciliation between the sons and daughters could be the greatest catalysts to culture transforming and awakening.

Mary knew she would birth something beyond her wildest dreams, and she pondered this in her heart (see Luke 2:19). For many years, women of every age and every race have longed to please their beloved Bridegroom. They have been willing to do whatever is necessary, even in silence, to bring His dwelling place and His presence to their homes, churches, and the earth. Revival history reveals how the Father used women and other minority groups to bring radical moves of His Spirit in previous generations because of their dedication to intercession.

Many today are content to believe that being hidden warriors is their mandate.

However, something in them still groans to give birth and raise up the things they have ached and travailed for. These life bearers are full of wisdom and revelation, and they hold within them messages from heaven that will change the face of the earth.

The Father longs to birth through them His image of perfect love, sacred bridal romance, and, ultimately, the bridal identity.

We have heard the message of sonship—we are no longer orphans but children of God, but identifying as the bride of Christ has still been somewhat hidden and vaguely understood. Longing a bridal paradigm to be known is not limited to the daughters of God. For many years, amazing teachers like Mike Bickle (the founder of the International House of Prayer in Kansas City, MO) and others have plowed the trail in intercession and tears for the body of Christ to better understand this revelation.

Soon, an unheard facet of the wonder of the Bridegroom will be released as women receive the blessing to sound the alarm. True sons of God are beginning to recognize that the righteous and pure identity of the church depends on the daughters coming out of hiding to teach, preach, and prophesy about the facets of His beauty that they ponder deep within their hearts.

A company of men is emerging that is protecting and promoting women now more than ever.

Humanism wanted to destroy biblical family, but the Lord is putting it on display as He reconciles men and women in Himself. The unbridled flow of men and women ministering together will multiply the fruit of the gospel in the nations. Just as a man cannot conceive and bear a child alone, neither can he conceive, bear, and raise up the vision of heaven alone. Just as a woman cannot conceive and carry a child in her womb of her own accord, neither can she strengthen and grow this heavenly dream she carries alone once it is born.

Men of God, you have God’s permission to arise and step into the bliss of reigning with and promoting the Lord’s daughters. In the beginning, God said, “It is not good for the man to be alone” (Gen. 2:18). Adam was not capable of carrying out his commission to rule over the earth without Eve, nor was Eve capable without Adam.  The same is true today. In His goodness, God created male and female to work together as one in the Spirit, just as the Father, Son, and Holy Spirit are one.

In 2015, I had an encounter with the Lord during which He spoke these words to me:

In the same way that the Bridegroom, Jesus, was born from the womb of a woman, so will it be with the awakening of His love-sick bride in these last days. The first birth was the physical birth of Jesus into the world, but the second is a spiritual emergence of the global bridal identity.

This encounter revealed the Father’s desire to impregnate His daughters with, and have them give birth to, His dream of the wonder of unity between Jesus the Bridegroom and His bride in the last days. Sons will begin to access levels of encounter, gripping intercession, and the wonder of the man Jesus in ways they never have before, as His daughters begin to ooze His glory.

This revelation reveals His plan to bring about the greater glory and the latter rain. Transformation will take place in the body of Christ that goes beyond the business of doing ministry and dives deeply into the beauty of being His ministry on the earth. Suddenly the church will experience the gripping of His love-sick longing for heart-to-heart connection with His bride.

Daughters are graced to carry the heavy glory of the bridal cry. His bride is His passion. The pure fire of His jealousy for her rages in His eyes.

His sons are anointed with understanding of His jealous love and passion unto death.

The convergence of these parts of revelation is a force hell can’t stand against. We come a little closer to maturity in our knowing Him and knowing ourselves in Him.

“For we know in part and we prophesy in part; but when the perfect comes the partial will be done away. . . . For now we see in a mirror dimly but then face to face; now I know in part but then I will know fully just as I am fully known” (1 Corinthians 13:9–10,12)

I am merely scratching the surface of this paradigm, or heavenly blueprint, of the bride and Bridegroom reigning as one. Truthfully, the revelation is not about gender but about Jesus and His unified church. So let us press forward through the elementary teachings, as Paul the apostle might say, and into the greater revelation. Consecration and unity between men and women of all nationalities and ages are essential to the coming move of God. As we allow this work to take place in the body of Christ, humanism-based identity confusion will be crushed.

As one, we will uproot the lies in the body so we can become the glorious bride. As the daughters of God gain permission to speak, we will hear and see our Father’s kingdom message more clearly. The daughters of God were made to manifest a demand for consecration and passionate intimacy that demands a response from heaven.

Together, let us repent of the bondage we have walked in and be reconciled by His grace. Daughters of all ages, nationalities, and skin tones, you were born for such a time as this. You were created to be birthers of all the living. Birth the living Word and dreams of your Father in heaven. You were made to birth a revolution that manifests an identity of the church, which has long been overlooked and misunderstood. It’s time for a bridal awakening!

America Burns: Civil Unrest, a Prophetic Sign, and an invitation from the Lord 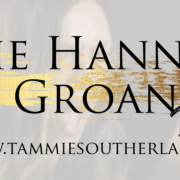 2021 The Worship of a Burning Heart

Technology Addiction and The Spirit of the Age

The Hannah Groan: Barrenness that Produces Purity
Scroll to top